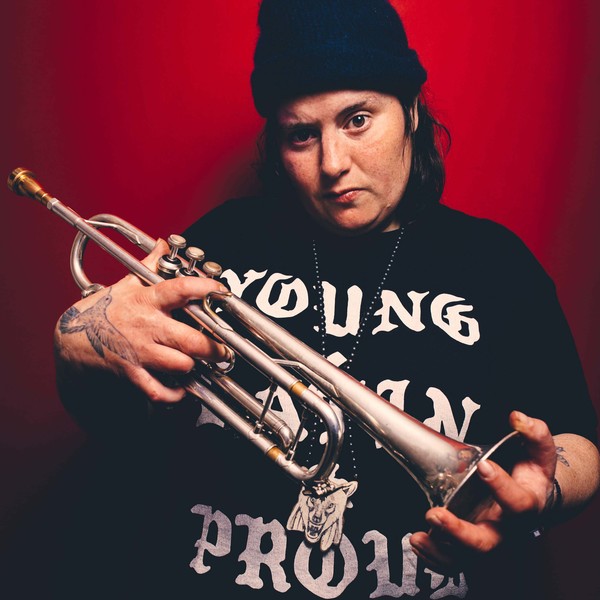 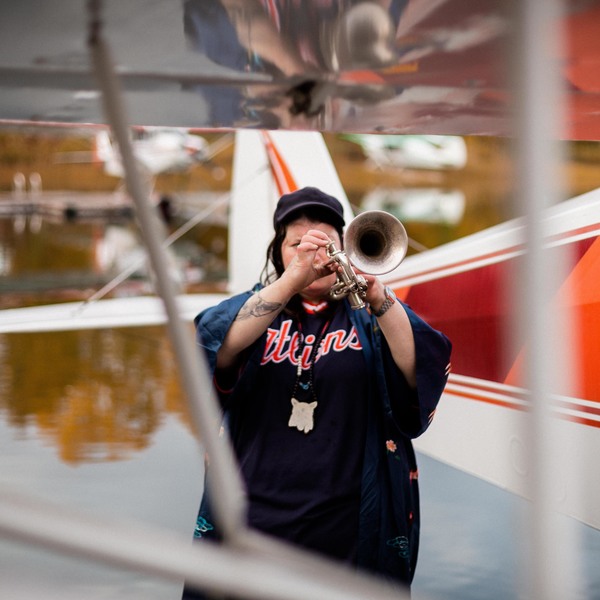 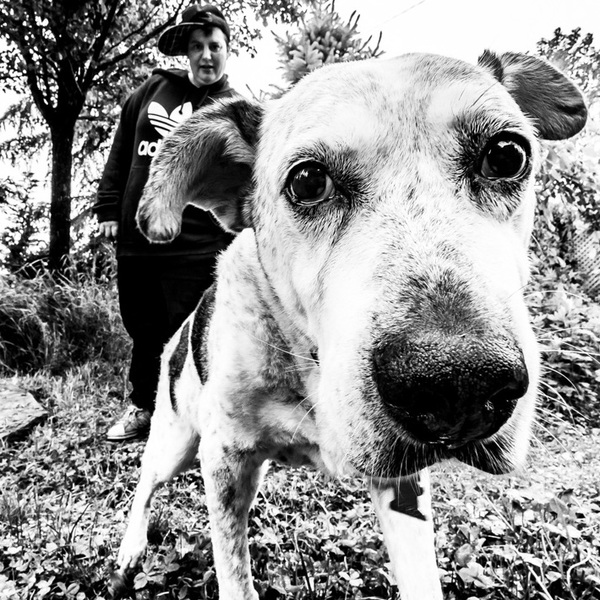 jaimie branch is a Brooklyn-based musician and artist working in the areas of improvisation and composition.  Through her musical practice, branch is particularly interested in extending and expanding the technical limitations of the trumpet and the musical language of free jazz and improvised music with a personal focus on social justice and gender and racial equality.

jaime branch was born in Long Island, NY.  As a young child jaimie had a strong relationship to her Colombian roots, being co-raised by her maternal grandmother Cecilia. Though she passed when jaimie was 7, the two had already worked on two compositions together, sparking an interest in composing music at a young age. At age 9 jaimie’s family moved to Chicago and she started playing the trumpet in the school band. Once she picked up the horn, she never put it down and quickly made strides on the instrument—establishing herself as first chair in front of 8 other players, all boys. jaimie’s sound conception on the trumpet, even early on, can be traced to those records she discovered years before with her grandma, dancing on Long Island.

From 2001-2005 jaimie attended the New England Conservatory of Music, where she graduated with a Bachelor of Music in jazz trumpet performance. Her primary teachers were Steve Lacy, Joe Morris, John McNeil, and Charlie Schlueter, all of whom influenced her initial artistic identity as a composer and performer. In 2005, jaimie was invited into the inaugural class of the Vancouver Creative Music Institute, an intensive that ran concurrent with the Vancouver International Jazz Festival where she studied with Nicole Mitchell, Evan Parker, and George Lewis. After her studies were completed in Boston, she returned to Chicago to live and play.

jaimie became an extremely active member of the Chicago creative music scene as a performer, curator, presenter, and recording engineer starting in 2004. She was deeply embedded in the improv community, recording and performing with artists such as Nicole Mitchell, Matana Roberts, Ken Vandermark, Tomeka Reid, Tim Daisy, Anton Hatwich, Frank Rosaly, Jason Ajemian, Fred Lonberg-Holm, and many others. branch was a co-curator of “Protest Heaven”, an improvised music series at Heaven Gallery, for 6 years; a co-founder and curator of the Ratchet Series at the Skylark; and the sole founder of an afternoon series at the DANK Haus. During her time in Chicago—and with various projects—she performed at highly respected Chicago festivals such as the Chicago Jazz Festival, Umbrella Music Festival,  Phrenology Festival, Pitchfork Music Festival, and Lollapalooza; she was also invited to play the High Zero Festival in Baltimore, the FONT festival in NYC, and the Spontaneous Infinity festival in DC. In 2007 she received a Downtown Sound Gallery commission to write new music for a new ensemble. In 2007 and 2008 she received CAAP Grants from the City of Chicago to pay for incorporation fees of a Non-Profit residency program she co-founded, and to support branch in composing new music. During this time in Chicago she founded Pionic Records, an outfit that set out to release her music on vinyl.

jaime branch moved to Baltimore in late 2012, where she worked toward a master's degree in Jazz performance from Towson University. In mid 2015 she moved to Brooklyn where she performed in many projects as a band leader and side woman. She started the bands Fly or Die (2016) and her duo collaboration with Jason Nazary, Anteloper (2017), which have been met with critical acclaim by The New York Times, The Wire, NPR, Rolling Stone, The Washington Post, Sterogum, Medium, and The Guardian among others. branch currently records for the highly esteemed label International Anthem. Since her first album as a leader, FLY or DIE, was released in 2017, branch has been on several extensive tours performing across the US, Canada, Europe and the UK. She has performed at festivals such as Unterhort Jazz Festival (Switzerland), Berlin Jazz Festival (Germany), Skopje Jazz Festival (Macedonia), Vancouver International Jazz Festival (Canada), and We Jazz Festival (Finland), as well as respected venues such as The Kennedy Center (DC), BOZAR Center for Fine Arts (Belgium), Jazz a la Villette (France), Roulette Intermedium (Brooklyn), MOMA PS1 (Queens), Bim Huis (Amsterdam), Cafe Oto (London), Alice (Denmark), etc. branch was on tour up to the minute that the world was shut down by the Covid-19 pandemic in 2020. Despite the shutdown branch has continued to make music and curate in the New York City area joining the curatorial team of Brackish Music & Arts, a series focused on women, femme, and non-binary performers. branch was the executive producer of the Brackish Arts Video Extravaganza, a two night live stream event hosted by ESS in November 2019. She continues to expand her collaborations with artists from around the world such as Elza Soares, Rob Mazurek, Ben LaMar Gay, Dave Gisler, Luke Stewart, and James Brandon Lewis.

In 2019 jaimie was awarded a Jerome Foundation at Roulette Commission and in 2020 jaimie was a Jerome Foundation at Roulette Resident. Also in 2020, amidst a global shutdown, the venerable jazz magazine Downbeat named jaimie the Rising Star Trumpet Player of the year. In 2021 she was the recipient of the inaugural “Deutscher Jazzpreis for Wind Instruments International” Award.

jaime branch has dedicated her career as an artist to social justice, gender and racial equality. As a female curator and band leader she has used her position to work with many women, minorities and people of color in the industry, providing not only work but performance and collaboration opportunities. She has introduced these practices in her musical compositions, lyrics, and visual art. Recently branch turned some focus to environmental issues and awareness collaborating with The Years Project and Climate Control Projects to present a “Get Out The Vote for Climate Change” live performance video Nov. 1, 2020.