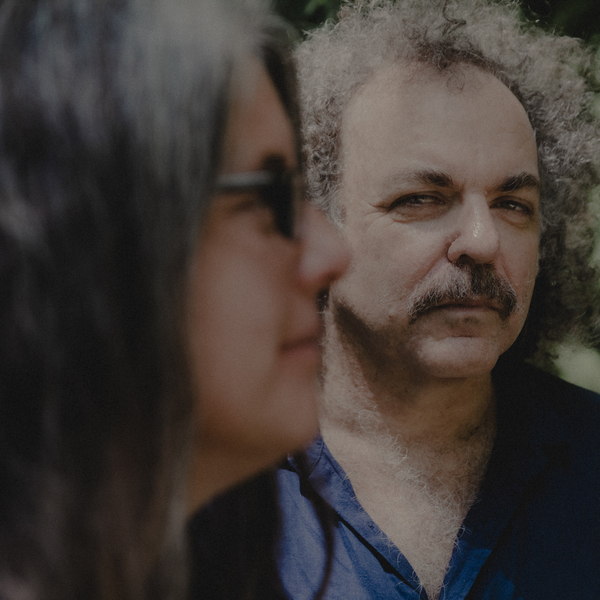 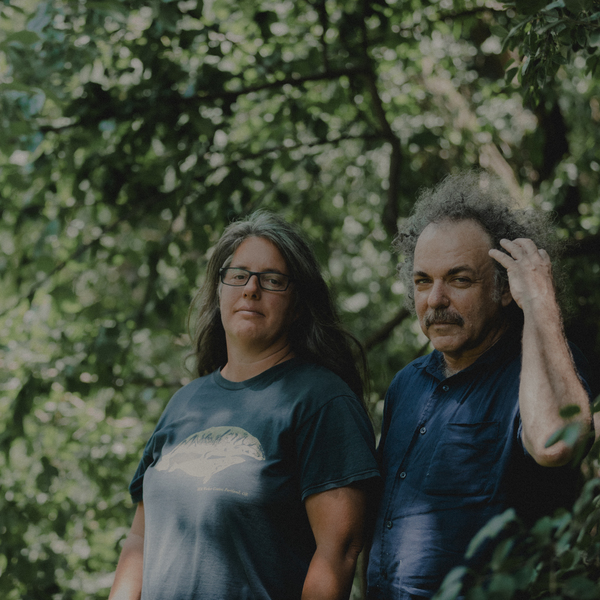 Jim White and Marisa Anderson share an abounding appetite for musical exploration. White, as a member of Venom P Stinger, Dirty Three, and Xylouris White, is well known for his creative and idiosyncratic drumming. His singular abilities have also led to collaborations with Cat Power, PJ Harvey, and Bill Callahan among others. Anderson’s prolific output as a solo performer, her mastery of traditional folk and blues forms and her abilities to make them entirely her own has established her as one of the most exciting and forward-thinking guitarists of the last decade. White and Anderson’s considerable technical skills are used in the most inventive and unconventional manner on their debut duo recording, The Quickening (Thrill Jockey).

White and Anderson are both instrumentalists whose voices are unmistakable and spellbindingly lyrical. Anderson unravels guitar traditions from across the globe into atmospheres all their own through improvisations and melodic lines while White implements an array of sticks, brushes, and techniques that imbue each rhythmic passage with its own distinct personality.
The idea of a collaboration developed while on the road together in 2015, Anderson playing solo and White playing with Xylouris White. Their first recording session began at the Portland studio Type Foundry in late 2018, where the duo initially agreed to meet and improvise and record. The duo later headed to Mexico City and into Estudios Noviembres, a time capsule of a studio from the 70’s that had been largely closed before some young engineers took it over. The duo did not rehearse or perform together prior to the recording sessions; as White puts it, “it’s good to suspend disbelief at this stage of playing.”

Marisa Anderson channels the history of the guitar and stretches the boundaries of tradition. Her deeply original work applies elements of minimalism, electronic music, drone and 20th century classical music to compositions based on blues, jazz and gospel and country music, re-imagining the landscape of American music. Onstage, she is a master storyteller, bringing warmth, wit and insight to her virtuosic compositions and arrangements.

Anderson tours extensively throughout Europe and North America. Her work has been featured in Billboard, Rolling Stone, NPR, SPIN, Pitchfork, the BBC and The Wire. Billboard magazine named ‘Into the Light’ one of the best records of 2016 and Pitchfork named Anderson’s 2015 split LP with Tashi Dorji one of the top experimental records of that year. Recent festival appearances include Pitchfork Midwinter, Le Guess Who, Moog Fest, Copenhagen Jazz Festival and the Winnipeg Folk Festival.

Classically trained, she honed her skills playing in country, jazz and circus bands. In 2011 she released her first solo guitar record, The Golden Hour followed by Mercury (2013), Traditional and Public Domain Songs (2013)  Into The Light (2016), and Cloud Corner (2018). Anderson is in demand as a collaborator and composer, contributing to recordings by Beth Ditto, Sharon Van Etten and Circuit Des Yeux among others, as well as creating music for short films and soundtracks.

Originally from Northern California, Anderson dropped out of college at age nineteen to walk across the US and eventually landed in Portland, Oregon, where she currently lives.

There are drummers and there are drummers. And then there is Jim White. Having first commanded international attention in the mid-1990s with the acclaimed Australian instrumental trio Dirty Three, the New York-based virtuoso is now the go-to guy for alt-A-list vocalists with collaboration in mind. Those who’ve worked with him—and all those he’s mesmerized as he plays—testify to his deft way with a rhythm, a downbeat, a jazz-fuelled wig out.

His is a unique playing style forged in the then-isolated Melbourne; a style that can sound like a full band one moment, and something stark and beautiful the next.

PJ Harvey has said there is ballet in White’s light, precise touch. Will Oldham once remarked on White’s ability to dismantle a song, bit by bit, and rebuild it with his parts incorporated. The likes of Smog, Nick Cave, White Magic, Bonnie Prince Billy and Cat Power all know that there’s more to White’s drumming than mere accompaniment. His intuitive beats and singular approach have complimented the repertoire of the iconic Cretan lyra player, Psarantonis, and created sparks in his collaborations with the Cretan lute player George Xylouris. Whoever White is playing with, he is right there, present in the most inspirational sense.